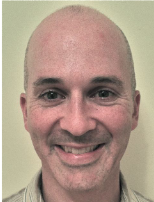 From 1996 through 1998, Rob served as a law clerk for the Honorable Alan H. Nevas in Bridgeport federal court, and from 1998 through 2001, he worked as a state prosecutor in the Appellate Bureau of the Connecticut Chief States Attorney’s Office. During this time, he also taught Moot Court and Lawyering Process as an adjunct professor at University of Connecticut Law School.

Rob began as an Assistant United States Attorney with the United States Attorney’s Office in New Haven in 2002 and served as a supervisor there, in various capacities, from 2007 through 2018. From 2007 through 2010, he supervised a statewide gang and firearms unit; from 2011 through 2013, he was Deputy Chief of the Appeals Unit; from 2014 through 2018, he was Chief of the Organized Crime Drug Enforcement Task Force; and, from 2016 through 2018, he led a task force charged with battling Connecticut’s opioid epidemic. From 2012 through 2016, he taught constitutional and criminal law at two different high schools in Hartford, and, from 2016 through 2018, he headed a team responsible for making opioid awareness presentations at middle schools and high schools across Connecticut. In 2016, he was a contributing author to the Connecticut Law Tribune’s Connecticut Criminal Procedure Handbook.

He was sworn in as a United States Magistrate Judge on May 1, 2018 and sits in New Haven federal court.