Nourishing Spirit through worship, music and lifelong learning.
Building Community through programs, gatherings and service.
Working for Justice through volunteering and advocacy.

Unitarian Universalists value a “free and responsible search for truth and meaning.” Our Religious Education program provides a framework for children as they begin their path of lifespan faith development with a wide range of religious and philosophical traditions. Visit our new Chalice Clubhouse or contact (860) 233-9897 Annie Witzler re4ush@gmail.com with questions about our Religious Education Program.

Masks are optional at the present time for all fully vaccinated members, friends, and guests. Join us for worship in person or online every Sunday at 10:00a.m!

In person:   We strongly recommend attendees be fully vaccinated (two shots plus a boost in most cases).

Worship services start at 10:00a.m. Whenever, and however, you come, we’ll be happy to see you!

Online:  Online services are still available. We would love to see you. 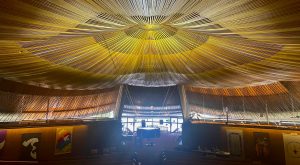 The Importance of Aunts, Uncles, and Other Influential People

"The Importance of Aunts, Uncles, and Other Influential People"

Annie Witzler, interim RE Director, will be with the children today in
the Chalice Clubhouse (a/k/a The Chapel).

We offer our sermons both on-demand and live through our Vimeo account. The live service is available on our Vimeo page at the time it's being held. Click below to start watching or browser our archive.